This collage series extends the Snapshots project to add another layer of meaning.  It explores an idea about real experiences, as the fullness of those encounters are disseminated into the digital abyss.  Making those memories fleeting, as the origiinal perception is partially removed to create different or curious associations along with the fracturing into generalised colour blocks.

This collage series develops the Snapshots project using larger scale images ratgher than the pocket sized snapshots of an older memory.  This was part of a collaborative exhibition project with peers from my masters degree cohort as the PostMasters group. 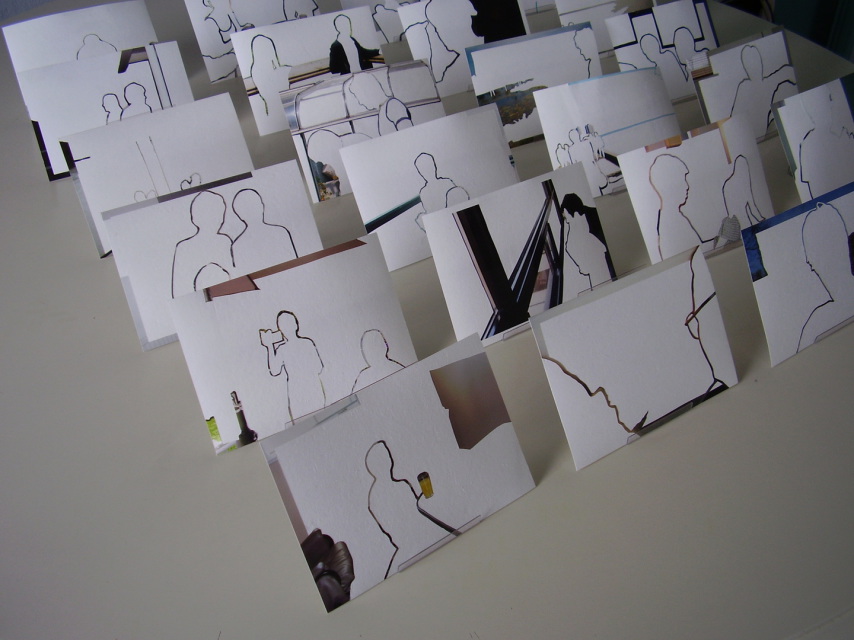 Snapshots is a project exploring representation and the remoteness of images in the technological age.  At the same time as clinging perhaps hopelessly to the conventions of the almost outmoded format, the quirkiness of the transformation of cutting and peeling the photographs reveals its own story. The work is both a testimony to traditions associated with the family snapshot as it records the ritualistic posing and framing our lives, and creates an insistent version of memory, while at the same time allegorising playfully.  It is at once particular and yet universal.